Just like the name Tide, Tide Protocol’s stablecoin will fluctuate back and forth within an acceptable range to reach a relatively stable price.

The founder of the Silk Road recently proposed a redesign of the Maker Protocol, after reading the article, we can know that this method is very similar to the optimization of the previous Tide protocol. This is a good method. After all, Tide was trying to do something similar before, which can increase the liquidity of the stablecoin somewhat and give the borrower a positive impact. But must the stablecoin protocol have to be liquidated? Can it achieve a relatively stable price if it is not liquidated?

The answer is yes, both MakerDAO and the previous version of Tide are essentially a borrowing protocol. Think of the ancient Chinese silver bill, which was a negotiable certificate of savings as opposed to the dollar. So jumping out of the framework of MakerDAO and using savings more than borrowing can achieve a stablecoin that uses savings as a certificate. The new Tide Protocol is not strictly anchored to the USDT but uses its price as a reference, which gives more time and space to recover in the event of a bad situation. We do not need to substantially revise the stablecoin price as long as it it is not a serious deviation from the reference price. Non-strict anchoring has the additional advantage that it is not necessary to use real time prices to determine the collateral ratio, it is sufficient to use an average price over a longer period of time, such as 12 or 24 hours. This method allows us to have a time to wait for collateral prices to recover and have a smaller impact on the global collateral rate of the stable currency system.

Here is the specific design:

The system needs a high mortgage rate because liquidation is not expected to exist.

After obtaining the cbb’s transaction data on huobi from 2020-1-10 to 2020-06-25, we have calculated the rise and fall of ckb in four-hour intervals for this period as follows. 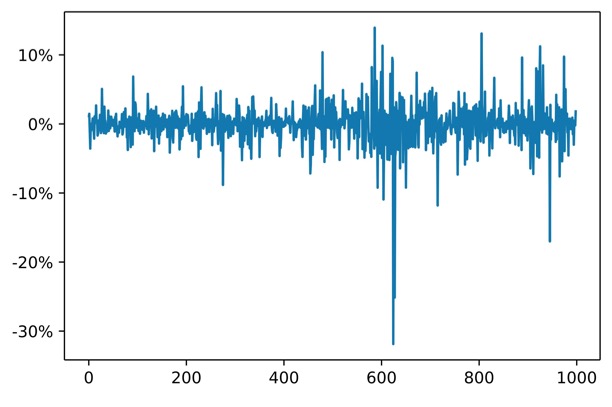 Also on gateio the rise and fall are about the same as on huobi, except that they are down about 35%, here is a chart of gateio. 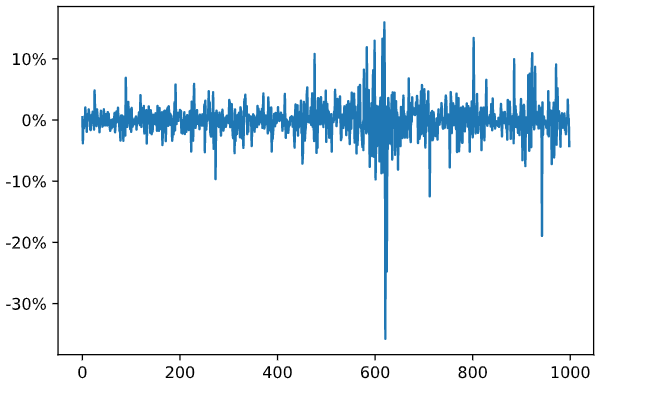 So, it would be safe to set the collateral ratio at or above 220%.

After the minters obtains the price of ckb/usdt, they deposits the CKB in the vault at the minimum collateral ratio of 220% and send the minting fee to the system to obtain a certain amount of stablecoins called Flow. If the minter has not used Tide, a Vault will be created first. Note that a user (address) in the system can only have one vault.

What happens when collateral ratio fall

Minters can retrieve their CKB at any time, as long as the vault collateral ratio is at least 120%.

When the global collateral ratio falls below 75%, the system enters global recovery mode and the system locks the collateral globally.

If the system in recovery mode burns Flow for a vault to offset the vault’s debt, the minter is required to send the same amount Flow to stability pool as forfeit when retrieving the collateral.

Compared with the previous version, the new Tide protocol is more secure. Just like Nervos DAO, Minter-locked CKB can only be unlocked by himself, although there are some restrictions on unlocking them due to the collateral ratio. Since the locked CKBs will not be liquidated, this will increase the minters’ incentive and greatly improve Flow’s liquidity.

In order to keep the page tidy, I put the old proposal here

Wow, cool
Seems that the proposal has been rewritten!

Emm…not sure some new AMM infrastructure like Gliaswap could help. If it could provide TWAP,I think that would be good.
Could you explain more about what is the biggest incentive for minting the stablecoin?
btw,what is the name of your stablecoin?

Thanks for your reply @GooDog.

Seems that the proposal has been rewritten!

Yes, it has been rewritten for a long time, but the foundation thought it was too complicated and rejected this proposal.

Emm…not sure some new AMM infrastructure like Gliaswap could help. If it could provide TWAP,I think that would be good.

Could you explain more about what is the biggest incentive for minting the stablecoin?

Want to create a stablecoin with lower liquidation risk and higher liquidity.

btw,what is the name of your stablecoin?

Just call it Tide, as Tide’s name suggests, its price will fluctuate dynamically.

Finally, so as not to waste this domain name I might create the defi dapp elsewhere.