How to obtain the current block number

I have heard developers repeatedly complain about why they can’t read the current block number in their CKB scripts(smart contract)?

Well, I guess few people can answer it, the core team hasn’t explained the unique design of CKB to the community frequently, which I think the core team should do better.

So I decided to write this article to explain the trade-off of this design: why can’t we read the current block number in the script.

Let’s start by examining the right way to read the block number in the CKB script.

By my observation, most developers ask for the block number to measure the block time between two actions, in abstract terms: a user deposits at block height X then withdraws at block height Y. After the withdrawal, the smart contract has to calculate the blocks during X to Y, and send a reward to the user according to the user’s deposit time or do other things similar.

Ethereum can read the block number of the current block directly and calculate the reward. In CKB, however, instead of reading the block number, we must employ alternative approaches:

So what’s the purpose of doing this? Obviously, developers prefer the simpler and more intuitive method, so why does the CKB use such a difficult method to do a simple job?

If we consider the contract(or script) as a function f, then we can represent the smart contract’s calculation in the following form:

In CKB, we only allow a script to read deterministic inputs. If a user wants to read information from the blockchain, the user must include the block’s hash in the tx in the first place. Thus, all information that a script can read is deterministic. We called it off-chain determinism, which is a fundamental feature of CKB.

Off-chain determinism brings some benefits, the most important one is that once we verify a tx, we know the tx will always be valid or invalid since it is deterministic. The verification result doesn’t depend on blockchain status.

The determinism introduces a verification strategy in the CKB, in which we only verify a tx once before pushing it into the memory pool. When we package txs into a block, we only need to check the tx inputs are still unspent; this cost is tiny compared to doing a complete verification for a tx.

This off-chain determinism of tx is not only bound to one node; We can guarantee that a tx is valid even if we send it across the P2P network. Because a tx, if valid, will remain valid permanently, so the CKB only broadcasts valid txs to other nodes. If a malicious node tries to broadcast invalid txs, network peers will immediately ban it once they fail to validate a tx sent by the malicious node. As invalid txs can’t get broadcast into the CKB network, the CKB only packages valid txs into blocks, which I think is a major advantage of CKB.

Note that it is infeasible in Ethereum because Ethereum tx is not off-chain determinism, a tx may fail on block number 42 even if it is valid on block number 41. Thus, we never know whether a failed tx was sent intentionally by a malicious peer or failed because the blockchain tip state changed. Thus, Ethereum chooses another way, where Ethereum allows nodes to broadcast invalid txs and package them into the block. The protocol then enables miners to peanalize failed txs by charging the maximum fee from the sender’s account. This mechanism aims to enhance security by incentivizing users to send only valid txs; even if you are an honest user, you may send a failed tx by accidentally running into an invalid contract state. (I have lost about 50$ in a failed tx when I tried to deposit into Curve.)

Whether to include only valid txs in the block or include failed txs in the block then to penalize the sender, such different design philosophies come from different answers to the simple question: should we allow a script to read the current block number?

From what I understood, between the layer1 robustness and the user experience, the design of CKB clearly chose the former.

And I believe this is a correct choice; the only important thing of the layer1 blockchain is to provide robustness and secured service. And this trade-off doesn’t mean that CKB has no concern for users’ experience. Remember the slogan of CKB: a layer1 built for layer2. And in this case, layer1 is made for robustness, and layer2 is made for user experience.

In layered architectures, most people would use a higher-layer technique, only a few people need to access from the lower-layer. For example, most users use HTTP or WebSocket; less people use TCP or UDP, and almost no one uses IP directly.

From a smart contract developers’ perspective, you might find this design incomprehensible; but if you look at the layered architecture, the design is a natural fit for the layer1 blockchain.

Once the layer2 facility is launched, developers will be able to access the features provided by layer 2 comfortably, not only for reading block numbers (which is simple) but also for more powerful features ( leaving room for the developer’s own imagination). 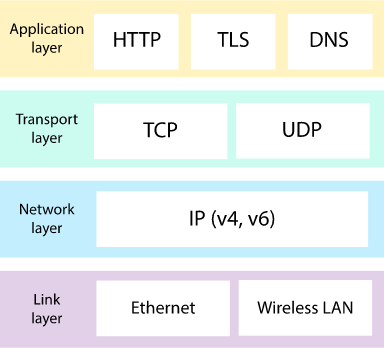 Nice work, can you post it to 中文 sub-topic?

Why not！ My pleasure ！
Learn a lot from your piece.

Interesting!
Hard to meet a L1 core team would be willing to admit that the some applications should be built on their L2 only.
Surly,I have no idea whether it is true or not but I respect your brave demonstration especially around the bull market.
Here comes a question when I realized the tradeoff of layered architecture of Nervos : In long term, what kinds of applications should be deployed on L1? And what kinds of applications would be recommended to be built on upper layer?
Possible to have an incomplete guide for dApp builder to understand which layer would be their best choice on Nervos? Of course,more detail on it will be helpful,like payment applications recommended to develop on GPN or Rollup…etc.

It is not a choice between layer1 or layer2. An application can utilize both of them depends on different scenarios. For example, an application does most operations on layer1. Thus, users do not need to deposit on the layer2, but the application can move some functions to layer2 like the random generation or complexity cryptography verification.

Don’t worry! I am very happy to learn from your personal insight.
And I never regard the individual idea as the team’s attitude, even Vitalik can’t represent all the Ethereum.
But what makes me encouraged is that the dev team is willing to share their thoughts which the western devs usually do.
And

or maybe an application needs to share lots of states between different users, which is hard to achieve in the cell model; thus it is better to build it on rollup-based layer2.

I agree with this point, in recent, I was thinking about the justice of aggregator of Gliaswap and optx .
And the reason why I asked this question is that I believe there must be some treasured time and resource could be reserved if we have known which kinds of dApp is meaningless to be built on L1.
Then the ecosystem devs could save their cost and time and spend it on the right point to make more brilliant products such as Portal Wallet.