Hey in recent, countless seigniorage algorithm stable coin makes me busy, and get some inspiration about interoperability 2.0 on CKB.
Seigniorage stable coin not only launch stable coin but issue Share(like stock)
and Bond (like bond), and the more exciting is that we could grab the interest from yield farming.

Why don’t we have the multi-chain assets farming seigniorage algorithm stablecoin on Nervos CKB ?

Yeap you must figure out that it is time to make some tricks here.
Absolutely, there are numerous things we could do based on interoperability 2.0 and the flexibility on CKB. Notice : the graphic is just the EXAMPLE INTERFACE, and it is not a ready project .So surely no assets I mentioned here have been issued on CKB, too.

There would be at least two difficulties if the seigniorage stable coin project showing up on other chains.
1. No one wants to hold altcoins on Nervos,Dot, and other Eth killer chain.
(Unless they could purchase the valuable asset for the shitcoin they earn. )
The real situation is that ppl don’t want to own the asset from other smart contract platforms, they only love ERC-token due to they could earn it and exchange them to a real stable coin like USDC or Dai.

That’s why most farming projects and their shitcoin died in short time on the other L1 .

2.The stability and paradox of algorithm stablecoin
The second is that the algorithm stablecoin is a fascinating monetary experiment though,it is still very tricky for its stabilility decided by how large the market cap of the stable coin it is.
Harder to cook on the chain except for Ethereum due to the ecosystem scale. Learn lots from this piece.

Again,thanks for the interoperability 2.0, it brings some differences to the algorithm stablecoin on Nervos. The asset on multi-chain could join the farming phenomenon finally.

Look forward to more ideas, feedback, and development if there are friends on CKB interested in it.

Stability, Elasticity, and Reflexivity: A Deep Dive into Algorithmic...

In 2014, two academic papers were published: one by Ferdinando Ametrano called “Hayek Money: The Cryptocurrency Price Stability Solution,” and another by Robert Sams titled “A Note on Cryptocurrency Stabilisation: Seigniorage Shares.”


[2] An early piece for stable coin Next year,I will try to learn some code like Solidity and the front-end, hope I could contribute more.

Interoperability 2.0 is a unique weapon that only could be used by players on Nervos, though such players and Nervos platform are still in the early stage just like a young kid without the awareness of its talent.

Is it possible to have rebase token on Nervos CKB without the support of account model(e.g. Polyjuice)? English

Hi all, In recent,rebase token is so hot since this summer .So far ,Basis Cash（BAC、BAS) , Empty Set Dollar(ESD),Base Protocol (Base),Yam,Based ,Debase,RMPL,and the classic one AMPL. Though such kind of topic makes lots of noise, even the price performances of some projects are very perky. However, that’s not my interest to anticipate how such projects will be. Instead, I am into talking about that is it possible to have a rebase token to play some game on Nervos? We know Nervos choose to ado…

Similar idea here. but multi-assets seems like not too appealing to make Nervos’s algorithm stable coin to stand out. Maybe user-friendly to internet users can be a selling point. Similar position with Celo

Emm…multi-asset yield farming is a trick which makes different community from multi-chain could join this party.
In other words, algorithms stablecoin on CKB could bootstrap easily so that it could nudge capital involved in it.
No algorothm stablecoin could survive so far due to the nature and the paradox of algorithms stablecoin.

I agree with you Internet-friendly access is a way to improve the UX, and it never complicit with multi asset deposit.

And they solve different problems.

Tips: Let’s imagine who would participate the algo stablecoin yield on Tron or other chain except ETH.

Just found a bad mockingbird here…
Never copy other’s project and close the door to have a party with itself.

Interact with the Basis Cash protocol. 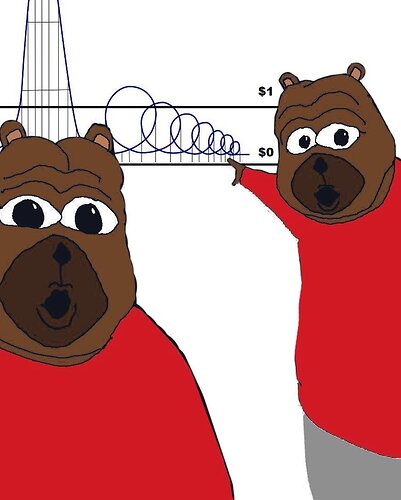 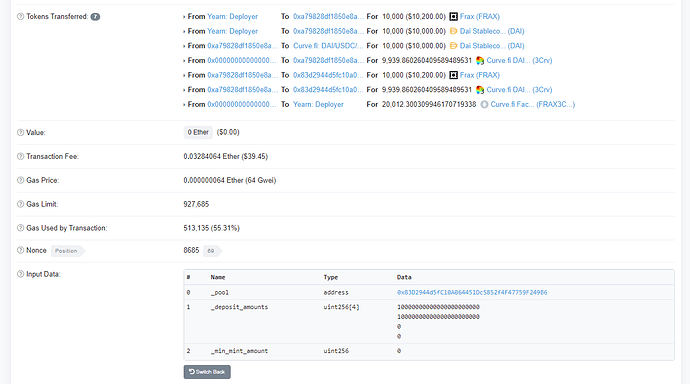