DappBirds is the world’s leading Dapp ecological service platform, from Dapp data analysis, to design, chain reform, iss uance, operation, cross-chain, and transaction in one platform. Currently, it has docked more than 14 public chains and included more than 4000 DAPP Dozens of chain games have been reformed and issued. It is also the only platform in the industry that has independently developed a wallet service and can be downloaded directly in the global AppStore. The products are currently covered by PC, H5, applets, APP, and there are innovations. The game mining pool model has landed multiple public chain mining pools, of which IOST is already the top ten mining pool nodes in the world. The omni-channel covers nearly 100,000 Dapp users, with daily live in 5500+, Chinese, Korean, and English language versions covering 70% of domestic users and 30% of overseas users. Partners include exchanges such as Huobi OKEX BIKI BKEX MXEX COINW, Bitmain, wallets such as HyperPay COBO KCASH IMTOKEN TP, TRON, ETH, EOS, NEO, IOST, ONT, WICC, BOS, ContentOS, STEEM, VECHAIN , NULS, TOMO, LOOM, COSMOS, POLKA and other mainstream global public chains.
The product access is as follows:

App can be downloaded directly in AppStore and Google Play or enter the official website to download: 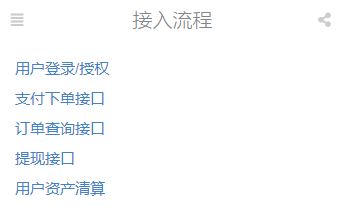 Is it correct that you have built an SDK to interact with Nervos?

Yes, the basic framework has been completed. Detail optimization is in progress

that is awesome, looking forward to checking it out!

This abstract has been declined and thank you for your application.